A No-No Called for Nasdaq and NYSE “Kickbacks” 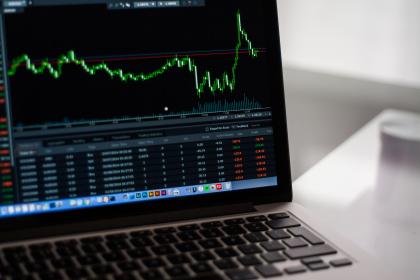 Someone calling out Wall Street and asking for the SEC to do more/less is nothing surprising, but when that someone is the person in charge of Yale’s $25 billion endowment, people listen.

David Swensen, the head of the endowment, spoke out this week in a New York Times op-ed co-written with a Yale professor of Securities, Jonathan Macey. Swensen and Macy focused their piece around the use of “kickbacks,” incentives used by major exchanges (think Nasdaq and the New York Stock Exchange) to encourage brokers to trade through their respective exchange. The two authors of the article argue, “Institutional brokers are legally obliged to execute trades on the exchange that offers the most favorable terms for their clients, including the best price and likelihood of executing the trade.” However, because of “kickbacks”–or what the exchanges more kindly refer to as “rebates”–brokers are basing their decision on what incentives are in it for themselves and the companies the represent.

A client wants the best price and the fastest transaction. The broker thinks this is nice, but then factors in what kind of “rebates” are offered by each exchange. For each trade, the kickback amount may only be a fraction of a cent, but when combined over a year’s worth of trades for a brokerage house, the money saved/earned could be in the billions (who’s not incentivized with that kind of coin being offered?).

Swensen and Macey called for the SEC to step in and ban exchanges for offering kickbacks. This public request comes only a week after SEC Chairman Jay Clayton announced a pilot program that somewhat addresses the issue. While the pilot program won’t “ban” rebates, it will look to restructure “access fees.” Typically, access fees are charged to allow trades on the major exchanges. This pilot program is looking to reduce those fees, which would, in turn, dilute the value of access-fee rebates. Nasdaq and the New York Stock Exchange have both adamantly pushed back on the idea of this pilot program (why wouldn’t they?).

Swensen and Macey name one newer exchange, IEX, by name and mention how this particular exchange refuses to offer rebates. However, it should be noted, that Yale owns a small percentage of IEX and, in turn, has something to gain by highlighting any poor practices followed by the monstrous Nasdaq and NYSE and steering business toward IEX.