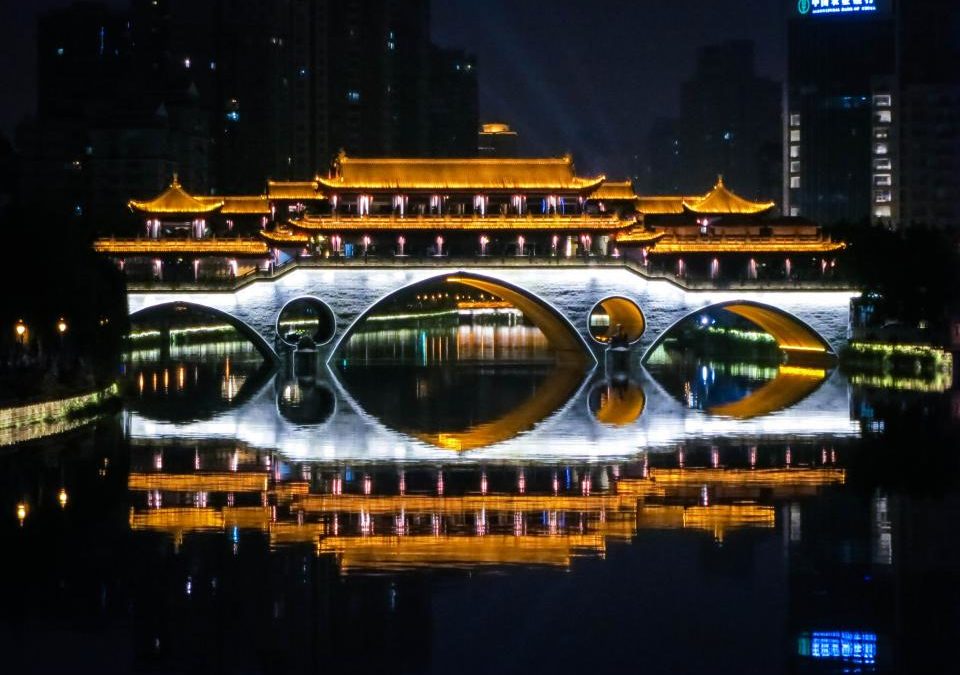 As you’ve likely heard, China is making some mega-moves when it comes to investing in infrastructure projects, such as new ports, new cross-country roads, railways and power plants as part of President Xi Jinping’s Belt and Road project. Many of these projects are well underway, with varying degrees of success. The momentum has started and it’s evident these projects are of grave importance to China’s president, its people, its economy and its future. Couple this work with a dramatic spike in the country’s entrepreneurial landscape (and the investor money flooding into that landscape), and you have a recipe for China to make some gigantic, progressive steps on the world stage.

More on Belt and Road

China is laying the groundwork for more trade … literally. Their build program includes bolstering the trade routes from Asia to Africa and Europe–simply put, China is reviving the Silk Road from ancient times. Despite the tens of billions of dollars of debt this endeavor has cost (and will continue to cost), President Xi Jinping is pleased with the headway China has made, calling it the “project of the century.” The most notable projects are the Kenya Railways, Asian Pacific Rail Links, Myanmar’s Kyaukpyu Pipeline, and Pakistan’s Gwadar Port. For a comprehensive look (and an eye-pleasing map), check here.

Next Up: China Businesses Attracting Global Investor Money To Do Big Things

Global investment in early stage start-ups has surged from $10 billion to $25 billion in the last few years. That’s great news for the global economy. For the U.S. economy, there’s willing investor money in the game, but more and more money is looking for opportunities with businesses outside of North America, namely China. According to a recent comprehensive article on the matter, global investors very likely have set a record in the first quarter of 2018 by pushing right around $25 billion into early-stage investments (Series A and B). For comparison sake and to show just how quickly this money has entered (or reentered) the game: in 2014, global investors were putting in about $10 billion each quarter into Series A and B deals. There’s more money on the table for startups globally, while stateside, start-ups aren’t seeing a direct correlation between more money and more money coming to them. For the U.S., early stage rounds of funding are dropping to about 900 closed deals quarterly, while these numbers are going up globally (1).

The pie is being divided differently. In recent years, U.S.-based startups received nearly two-thirds of global funding for early-stage companies, but according to Q1 2018, that number has decreased to just under half. The growth of China’s start-up scene, along with areas like Southeast Asia and Brazil, is largely accounting for this shift.

Let’s Look at the BIG Money

The amount of money start-ups are receiving globally is up, way up. And, so is the amount of BIG investments going into companies. Consider this: “Some of the largest Series A rounds globally have gone to companies that were relatively mature but previously bootstrapped or spun out of large corporations” (2). A handful of companies qualifying for Series A rounds can show maturity and a real track record, putting global investor nerves at ease. A minimum of 12 companies in China have each raised $100 million+ in 2018, including Ping An Healthcare, a spinoff of Ping An insurance. The U.S. also has 12 Series A startups that have raised $100 million+ so far this year, but the total money does not compare to the amount China has attracted into its dozen ($100 million+ U.S. startups have raised around $1.8 billion, while their Chinese counterparts have topped $4 billion).

Previously, start-ups would use the first round of funding to build prototypes and refine marketing and customer acquisition strategies. This still happens, absolutely, but now, as markets move faster, it’s more common to see startups launch and expand greatly in a few short quarters and gain market maturity … or to spin off from a stable company that already has a firm foothold. The industries taking home large pie slices of the money are in healthcare, AI and property management.

This shift isn’t necessarily bad news for U.S. startups, it just shows there’s much more competition and investors are comfortable looking beyond the U.S. for qualified, attractive early-stage companies. If U.S.-based companies want to attract global money, they’ll have to prove they’re the best option on a now more global stage of options.
1, 2: See here.