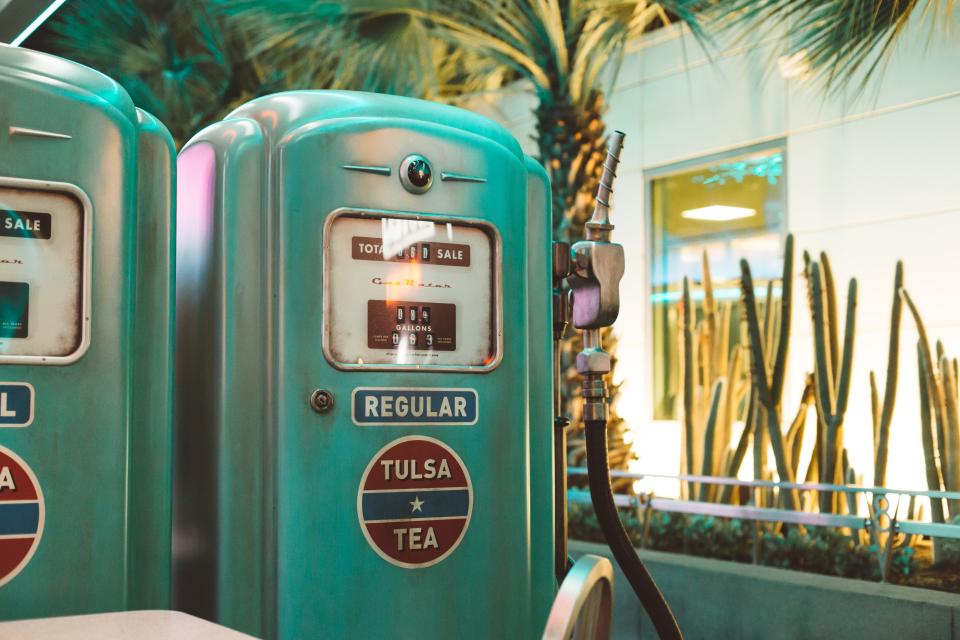 For the U.S., the Fourth of July could be the busiest driving holiday of the year. With weather across the country more stable than it was for Memorial Day, the vast majority of children out of school and prices at the pump around the lowest they’ve been all year, America is chanting “Road Trip!”

According to an article on CNBC, “U.S. crude oil hit a new nine-month low [last] Wednesday, trading below $43 a barrel … Oil has dropped more than 20 percent since mid-February.” This week, prices ticked up as data showed weekly decline in U.S. production of crude oil. “Data from the U.S. Energy Information Administration showed that total domestic crude production fell by 100,000 barrels a day to 9.25 million barrels a day for the week ended June 23” (2). This decline is likely only temporary as a reaction to Tropical Storm Cindy in the Gulf of Mexico. Price gains have been minimal due in large part to more unexpected rises in U.S. supplies. “The EIA reported that domestic crude supplies edged up by 100,000 barrels last week. That defied forecasts for a decline of 3.25 million barrels by analysts surveyed by S&P Global Platts, but came in below the increase of 851,000 barrels reported by the American Petroleum Institute” (3).

So, Could We Be At the Bottom?

With last week’s drop, some are referring to the situation as “Round 2 of low oil prices” (4). The U.S. (and the world, really) continues to have a supply that outweighs demand, which keeps prices low. However, this weekend kicks off a long 4th of July holiday for many. Low prices (along with other factors mentioned above) could encourage families to hit the roads, increasing demand and possibly building more of an appetite for more summer-long road travel. Increased driving could cause a relatively small potential increase in prices, but what other signs point to a likelihood of being pulled up from this Round 2 of low oil prices? One indicator could likely be the drop in the number of hedge fund money managers piling their bets into long positions (bull bets). As OPEC began cutting its oil output, money managers jumped at the opportunity to take long positions on oil prices. In February the ratio of long position to short positions was 12-to-1; currently that ratio is closer to 2-to-1 (5).

That further shrank the ratio of long to short positions, which had blown out earlier this year after money managers piled into the bull trade as OPEC began cutting its oil output in a bid to shrink global crude stockpiles and stabilize prices. The ratio now stands at roughly 2-to-1, down from a recent high of about 12-to-1 in February. Hedge funds appear to have lost hope that OPEC cuts can have any real impact in diminishing supply. The number of short positions were on the rise nearly all of June and continue to be. However, “The current number of short positions is unsustainable, and traders will eventually have to cover those positions, which should push up oil prices, said Tamar Essner, director of energy and utilities at Nasdaq Corporate Solutions” (6). The fact that money managers are taking a more bearish position could suggest a rally in prices (7).

The 4th of July could tick up demand, but that is temporary. Watching the ratio between long positions and short positions could give us more longer term looks at where prices could head.